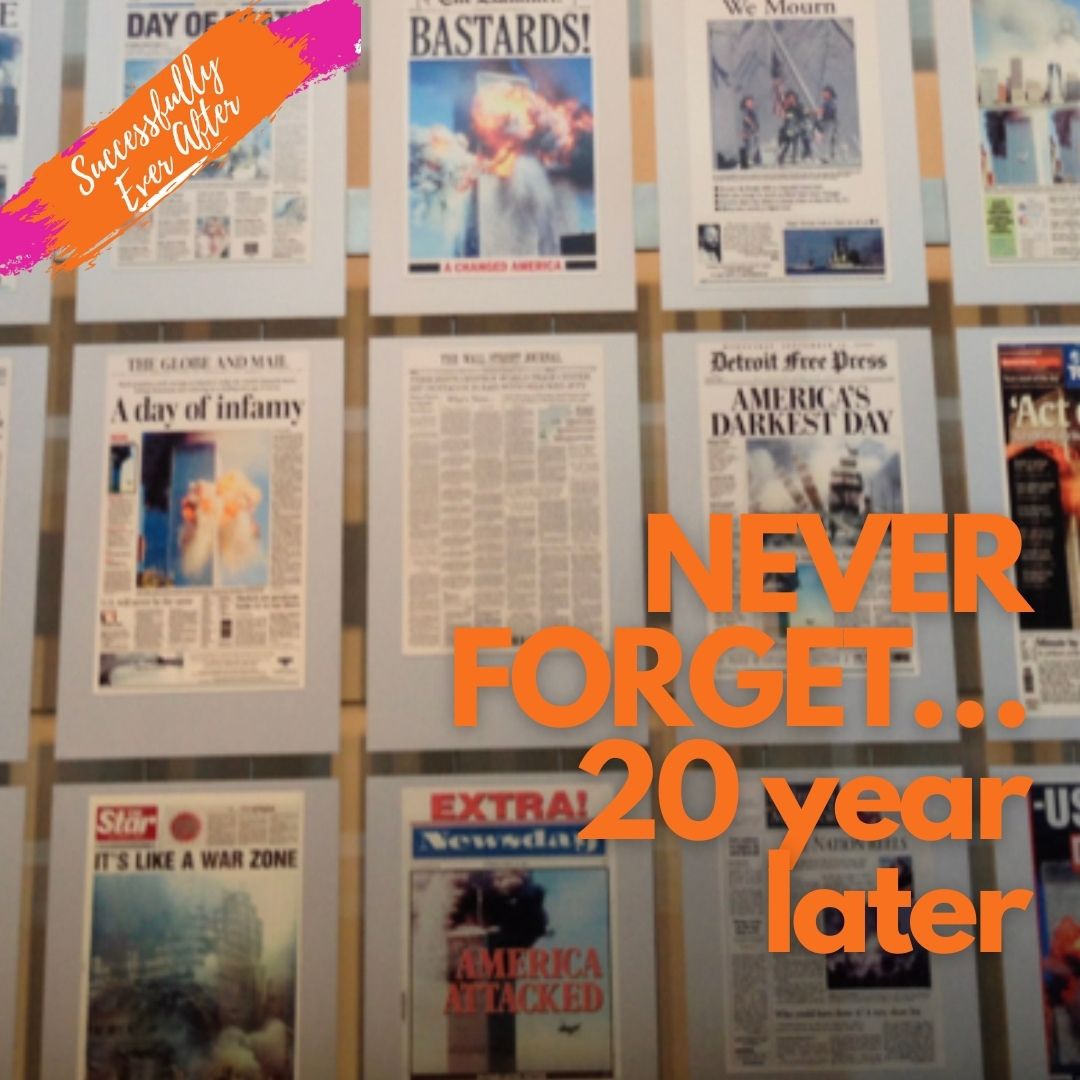 I remember where I was the moment the first plane hit the tower. I was at work and everyone gravitated to the television in lobby to watch what we all thought initially was a horrible aviation accident. Then I remember the feeling of disbelief as the second plane hit the second tower.

The world seemed to stop in that moment.

Then the images began flooding the TV. The disbelief turned to horror as you watched the towers crumble and NYC become darkened from the clouds of smoke and dust. Then the realization the loss of life would be devastating to families, friends, co-workers and the world.

Even over a 1,000 miles away from the physical impact I felt that loss too. It was incomprehensible something like this could happen here in America. I knew there were bad people in the world, but in those moments I realized there was an evil so dark in some hearts of man I hadn’t fully comprehended before. I’d never had to wake up and worry if a terrorist was going to impact the safety of my friends and family before.

Then something else began to emerge from the dark. Hundreds of men and women were running toward the devastation. They weren’t paralyzed by the fear of what if, they were more concerned with helping. The heroic efforts of those first responders and even those bystanders who were moved to assist became a bright light on that tragic day.

Then there was Flight 93. A group of men and women who had boarded a plane headed out for a work meeting, on vacation, to visit family or returning home. A group of ordinary people who made the courageous decision to stop the terrorist no matter the cost to themselves. I’ve heard the last phone calls some made to their loved ones. It’s heart wrenching and overwhelming to think of their sacrifice.

In the following days, more stories from the survivors and those who helped them spurred an America to rally around each other. While the call for justice rang loud and clear, the fear and hatred didn’t overtake the love, compassion, empathy and patriotism that grew like a wave swelling across the ocean.

We knew our world would never be the same. I remember my first flight after 9-11. There were armed guards lining the walkway to enter and exit the plane. It was somber in the airport. Not the usual loud, chaotic, fast-paced environment you were used to. You knew in the back of everyone’s mind there was that thought of “could it happen again?” Yet, we were boarding the plan and getting on with life. Those terrorist were not going to bring us to a standstill.

Then a few years later, I had the opportunity to actually visit NYC. I saw where the towers had stood. I sat in the church that was used as a staging area for so many of the first responders and volunteers. I walked past the painted tiles on a fence placed there to honor and remember the people and events of that day. You felt it all over again. I’ve been to the Pentagon and walked through the memorial for those who died there and I’ve laid hands on pieces of the rubble.

But one of the most impactful memorials to me was housed in the Newseum in Washington, DC. Inside there is a wall of all the newspapers from the day after. The images…the words… were the same no matter where the paper was from in the world. Then there’s a tribute to a reporter who lost their life that day. He was down there for another story but as it became apparent to him what was going on, he ran toward the destruction snapping pictures. His camera was recovered and the images that remained were chilling.

Today as I reflect on 9-11 20 years later what I’m struck by is the emotion that still rises up as I hear the tributes and the reminders. But the thing that I hold on to, especially as we’re in a season of turmoil again, is how much better we are when we pull together than when we focus and fixate on the things that divide us. It’s easy to let anger and division work its way into our hearts. Those feelings grow and divide us more and more. We need to focus more on those willing to run toward the problem together. We need to focus on the helping hands around us. We need to return to that pride and love and idea that our America is the best country in the world and no internal or external force can take us down when we stand together.