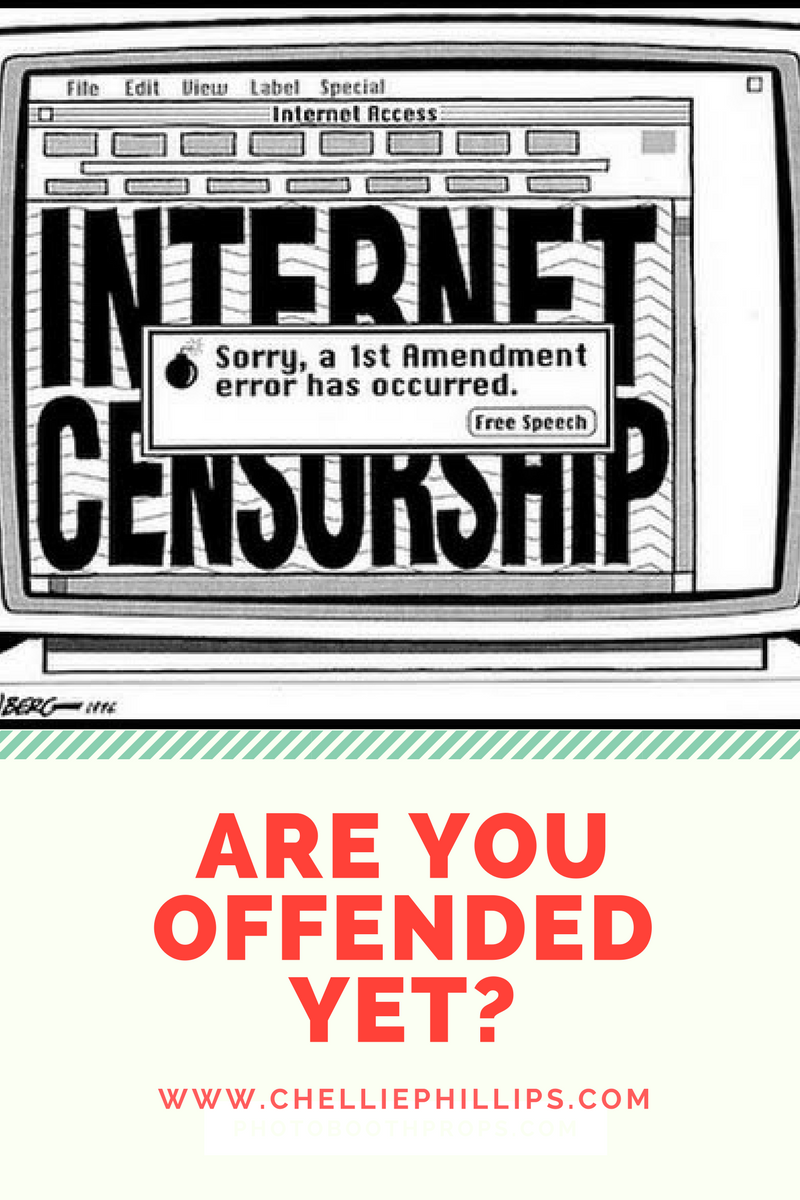 Are you offended yet?

This is not one of my usual posts. There are no tips or tricks. These thoughts have been on my mind. After the ridiculous way the Trump/CNN/WWE tweet is being bantered around, I just can’t keep silent any more.
As long as people have been communicating, it has stirred emotions and passion. Isn’t that the point of it? Since when did it become necessary to keep quiet just because “you don’t like it”, “it hurts your feelings” or “I’m not comfortable with that?”
It’s scary to me that we are moving toward a people who think the free expression of idea and opinion only belongs to those who think exactly as “I” do.
Anyone who truly thinks the Trump tweet was a call to action for people to harm journalists, needs to go visit the nearest shrink. Make sure you sign up for several sessions so they can get to the bottom of what is really causing your problems. Was it something a person holding the office of President should send? Well that’s questionable. It’s not something I think dignifies the office. However, he’s entitled to sharing his sense of humor and frustration just like the rest of us.
Now CNN has gone a step further and gone after the person who created the video in the first place. And in fact, they’ve basically blackmailed him into issuing a public apology by threatening to expose him as an anti-Semite and racist. Really, they are no better off than the rest of the crowd now. I mean let’s face it— North Korea is launching missiles and you think a social media post featuring Trump body slamming the CNN logo is real news. Grow a pair and move on. Be real journalist and cover something that matters. You’ve lost every right to call yourself true journalist. You’re no better than a schoolyard bully.
Was Kathy Griffin’s photo showing a Trump likeness with a severed head tasteless? Yes, but what do you expect from her? Her job is to incite people. She makes a living a creating controversy; making fun of people who think differently than she does. Did it hurt anyone? Well some would say yes, since it caused several venues to cancel her shows. But realistically, who believed it was an actual threat against the President.  And really was that a great use of tax dollars for the Secret Service to question her?  I’d like to tell Trump, if you’re gonna dish it out, you gotta be able to take it.
However, none of this is any different than the political/editorial cartoons of the past (and present) – anyone remember the one portraying Lincoln as a monkey? People have been making fun of President’s and pointing out areas of displeasure for years. Social media is just a more modern, quicker form of expressing opinions. Just as cartoons were used since the beginning of print to try and sway public opinion, provoke discussion and show dissent, we’ve adapted with the times and moved to the internet. 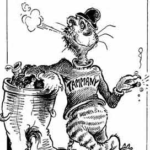 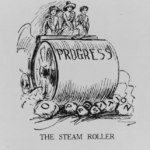 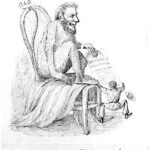 The difference? Lincoln could take a joke. He actually appreciated humor – although I’m sure he didn’t especially like the message. What’s happening now is a symptom of a much bigger problem. We’re creating a nation of people who no longer can have a discussion. If you disagree with someone, you can’t voice it. If your opinion deviates from that which is politically correct, you can lose a career, family or even your life.

“I see offence as the collateral damage of free speech. I hate the thought of a person’s ideas being modified or even hushed up because someone somewhere might not like to hear them.” Anonymous

The written word, debate, editorials, and any other myriad of correspondence have been fanning the flames for generations. It helped push the women’s suffrage movement. It divided a nation during the Vietnam War.  It divides families during election years. It unites a nation after a terrorist attack.

“Nobody has the right to not be offended. That right doesn’t exist in any declaration I have ever read. If you are offended it is your problem, and frankly lots of things offend lots of people. I can walk into a bookshop and point out a number of books that I find very unattractive in what they say. But it doesn’t occur to me to burn the bookshop down. If you don’t like a book, read another book. If you start reading a book and you decide you don’t like it, nobody is telling you to finish it. To read a 600-page novel and then say that it has deeply offended you: well, you have done a lot of work to be offended.” Salman Rushdie

You absolutely have the right to declare you are offended. You can even disagree with me.  Feel free to call me names, but bless your heart (as we like to say in the South), you’ll do so at your own risk because I won’t back down quietly. Freedom of speech means the government shall not prevent you from speaking your mind. It doesn’t mean anyone has to listen to you. It doesn’t mean anyone must agree, publish or retweet what you have said. It doesn’t mean everyone who disagrees with you has to be nice about it. (Emily Post or Ann Landers might disagree, but that’s about manners – not a legal right.)
If, and only if, you provide a physical response that is intended to harm the speaker who offended you, you are then liable to be arrested for assault. Assault is not freedom of expression. Mooning the speaker (baring decency laws) or giving them the finger (however tasteless) is perfectly acceptable.
Justice Oliver Wendell Holmes, in the United States v. Schwimmer, wrote “if there is any principle of the Constitution that more imperatively calls for attachment than any other, it is the principle of free thought – not free thought for those who agree with us but freedom for the thought that we hate.”
It breaks my heart to see universities cancelling speakers because students are fearful of what they might say. College is that time in life when you learn who you are. Where you hear different opinions and grow into a thinking adult. Students claim they need their “safe places.” OMG – really??? What are you going to do in the real world??? Every time you have a conflict at work or in your life, are you going to go crawl under the bed and hide until the person goes away. No, you need to grow up and develop the skills necessary to cope and share space in the world. Not everyone is like you and not everyone is going to think like you.
I sat through many classes where professors pushed their own personal agendas. It didn’t scar me for life. In fact, it made me research some of my own beliefs because back then I wasn’t sure why I thought some things, other than that’s the way I was raised – especially where religion was concerned. I had one professor who was an atheist. Did we ask that he be kicked off campus? No. Did I cry when I left his class? No. I just continued to think how sorry I was his life had no joy and hope.
So what made the late 80’s and 90’s so different? We grew up learning how to deal with disappointment and conflict. We learned how to lose. Not everyone got a participation trophy for just showing up. We learned how to get along. We could have heated discussion and still go eat lunch together afterwards.
I could tell you how my professors were voting. I could tell which ones had alternative lifestyles (yes, even in the Bible Belt). I had friends of all races and beliefs. Yet somehow, through it all, we all managed to graduate and go on to be mostly productive citizens. Today’s people don’t seem to be able to handle something as small as a differing opinion or idea. If an outlook is too conservative, or too liberal – conversation isn’t encouraged. Instead, we run to the highest mountain top and scream about how those views have “hurt me”, “scared me”, or worse… made me feel it was ok to rob/loot/steal.
We seem to be in a perpetual state of being offended by any post, thought, speech, report, or tweet we disagree with. We have turned into a nation of the super sensitive. I think it’s because no one really knows what they believe anymore. They are so unsure of themselves that they cannot have an intelligent conversation about a differing opinion without growing more offended. They jump on whatever emotional bandwagon seems to fit the circumstance. It’s scary to have to think. If you asked them, I’m not sure they even can tell you why they are offended – other than someone on TV or a Kardashian told them they should be.
Free speech is fast being reserved to only those who have the same views as you. Anything else, you are labeled racist, homophobic, sexist or even worse – ultra conservative.
So in closing I’ll ask you, “Have you been offended today?” No, then go back and reread this post, I’m sure you can find something to be upset about.