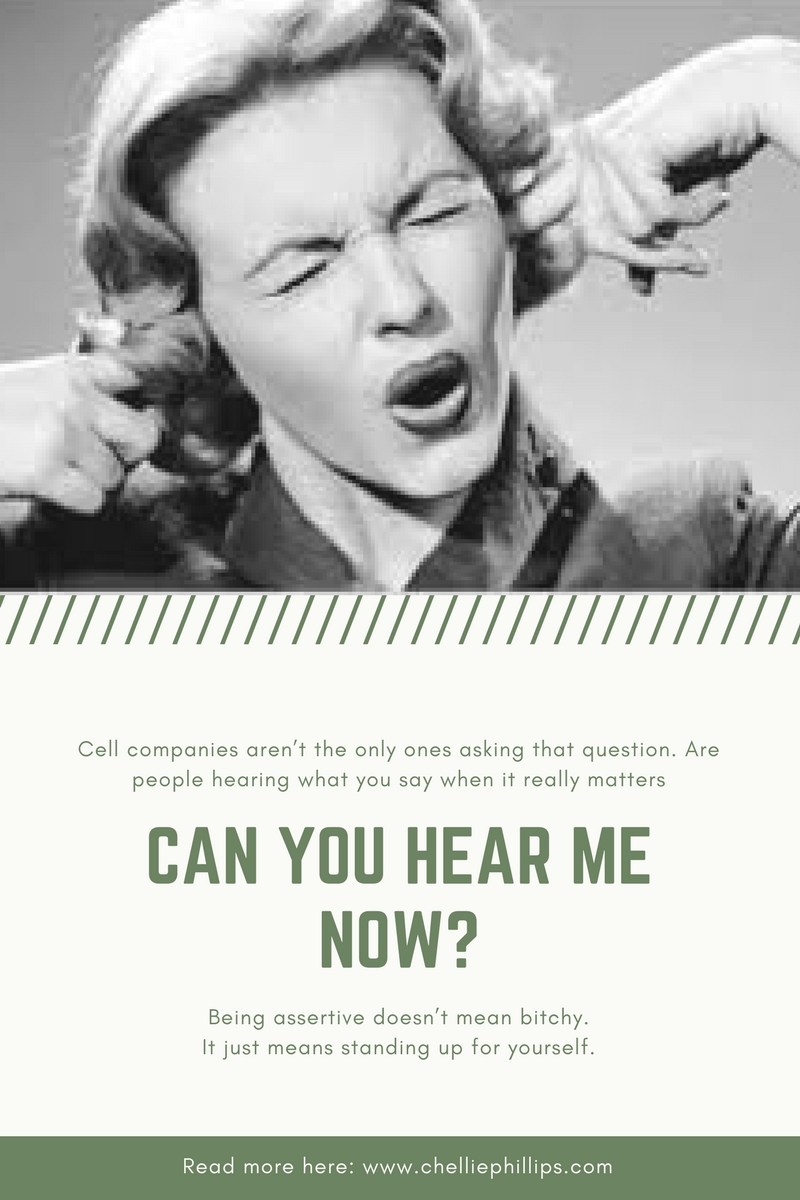 Can you hear me now?

Cell companies aren’t the only ones asking that question. Are people hearing what you say when it really matters? What about in difficult situations? Are you able to communicate even in an uncomfortable situation?
Think about this scenario. In a meeting, you speak up and share an idea or a report. Your co-worker speaks in an insulting tone and rolls his eyes. There are several other people present in the meeting. No one speaks up. Do you say something to everyone? Do you say something right then? Do you say it later?
It’s uncomfortable, right? Do you rage silently inside? Do you do tell your three co-worker confidants? Do you speak up?
It’s not just about what you say. It’s about being heard. Everyone has both passive and aggressive tendencies in them when it comes to communicating. Each of us naturally lean one way of the other. It’s okay if you make the comfortable a little uncomfortable on occasion. Being assertive doesn’t mean bitchy. It just means standing up for yourself.
One of the best ways to deal with these situations is by using a technique called acknowledge and transition. You can acknowledge what happened, or a different viewpoint. (I understand you don’t agree with me….) This is important because everyone needs to feel value. Then you transition to how it made you feel or a behavior that needs to be modified. (What we need to do going forward is…..). This technique can be used in negotiations as well.
Another technique is called when, then, so. When this happens, then this is the result, so going forward this is what needs to happen. This one is perfect for the situation above. Comments made in a group setting tend to shut down all conversation because everyone feels they could be the next target.
Another way to deal with it is by turning the table on the rude instigator. When you feel attacked, don’t attack back. Instead, turn it into a question. Ask them “what is it about my idea you find ridiculous?”
Eleanor Roosevelt said it best, “No one can make you feel inferior without your consent.” It’s totally within your right to stand up for yourself. The techniques mentioned above work not only in office settings, but in any situation where you find yourself having a difficult conversations.